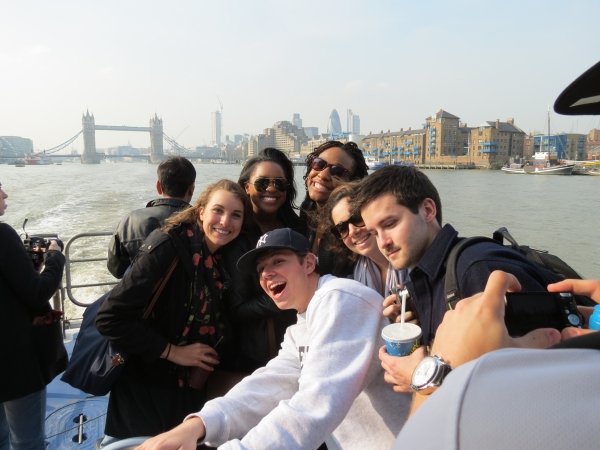 Spend your first semester of college in London, one the world's most dynamic global cities. Join a select group of St. Lawrence first-year students for a semester-long liberal arts program at the site of the University's long-standing London Semester Program. Participants will complete their London First-Year Program (FYP) and three additional courses in one of the world's most diverse and exciting locations. 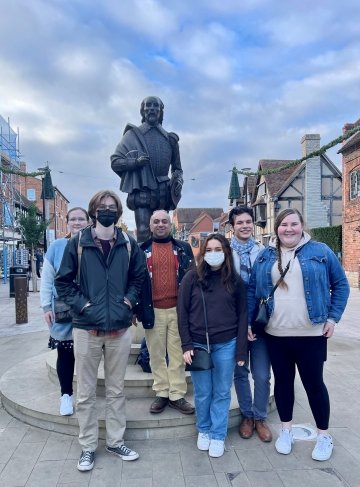 The London FYP provides an overall experience in a learning community in which students will:

Students admitted to St. Lawrence will be able to apply to the London FYP online via their Status Page. Applications open in March and are due each year on April 25th for the following Fall semester.

London is a city rich in culture. From the Roman wall which forms part of the contemporary Barbican Center to the National Theaters on the South Bank to the architectural dominance of St. Paul's seen from the Thames, London is a city with a long and fascinating history. It is the banking and trading center for all the world, even as it wrestles with contemporary urban problems. Housed in the center of London, the London FYP allows students to explore the intellectual, cultural, and social life of this large, cosmopolitan center. 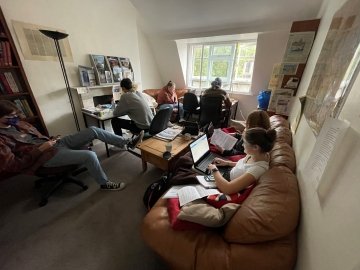 Science, Technology, and Innovation in Global London (FRPG1001). One of the world’s great cities and once the anchor of the British Empire, London still enfolds the physical, philosophical and intellectual traces of the scientific and industrial revolutions. Artifacts abound in places like the Greenwich Observatory, the British Library and Prince Albert’s museum district. Even London’s infrastructure is a monument to the engineers of the past few centuries. We will visit these places and more, but a meaningful inspection adds nuance to our understanding of both London and science. London was never an isolated society that hosted a fully evolved culture, scientific or otherwise. Even before the arrival of the Romans, London was a complex stirring of people, ideas, and places. Indeed, London may now be the world's most "globalized" city – a third of Londoners were born outside the UK, and they speak over 300 languages. Furthermore, science and technology have never been value-free, and they resulted in more than a happy history of quaint chugging and whirring machines. Hindsight reveals missteps, hubris and prejudice. These are especially apparent in the context of the multicultural city we will experience. To complete our investigation we will examine the role of multiculturalism in fostering the past and continued relevance of a city that is no longer the crossroads of an empire, but remains a magnet for innovation and discovery. This course fulfills the FYP general education requirement.

This course provides an introduction to the disciplines of urban studies and urban geography. It outlines how cities can be interpreted as economic, social, cultural and political entities. Using London as both an example and a laboratory, it interrogates a range of continuities and changes, problems and potentials across the urban fabric. It also explores a variety of theories and concepts for making sense of these realities. Foremost, it invites students spending a semester abroad to think about and through their temporary home. Following Henry James (1881) the course is based on the premise: ‘If you get to know your London you learn a great many things’. 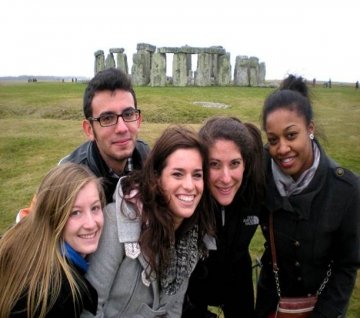 The Program includes field trips to places in London and opportunities to travel elsewhere in the UK.

The art courses feature weekly gallery visits to such places as the National Gallery, the Tate gallery, Victoria and Albert Museum, the Banqueting House, the Soane Museum and the Royal Academy. Theatre courses feature live theatre performance and associated activities.

Supplies for breakfast are provided in the common area of the residence facility.  Students will receive a stipend to cover the costs of lunches and dinners.  Information about inexpensive eateries will be discussed during orientation.

The Fall semester typically begins in mid-August and ends in mid-December.

(*DO NOT MAKE ANY TRAVEL PLANS FOR THE WEEKEND BEFORE)

Tuesday 15 to Friday 18: Final exams of both electives

Saturday 17: Move out and flight home

On-site: Upon arrival in London, students will participate in an on-site orientation to the program and the city, featuring lectures, tours, introductions to the course offerings, and a theater performance. Students are required to attend all orientation meetings and activities.

(*Please Note: The program ends in London to permit students the flexibility to travel in Europe or to the destination of their choice.  Students will not return to the St. Lawrence campus.)

If you are interested in learning more about the London FYP please contact one of the following people.

Students admitted to St. Lawrence University will be able to apply to the London FYP online via their Status Page. Applications open in early March and are due on April 25th for the following Fall semester.

Due to visa restrictions and program requirements, international students and HEOP students must spend their first semester on campus in Canton.

To be eligible to enter the UK as a student visitor, all program participants must be 18 years old by the program start date.  Admission to the program is based on the quality of the application and the applicant’s previous academic record. Candidates for the London FYP must also present evidence of maturity, responsibility and cultural sensitivity. If you have questions about the application process or about the program, please contact the Center for International and Intercultural Studies at St. Lawrence University at 315-229-5991 or ciis@stlawu.edu