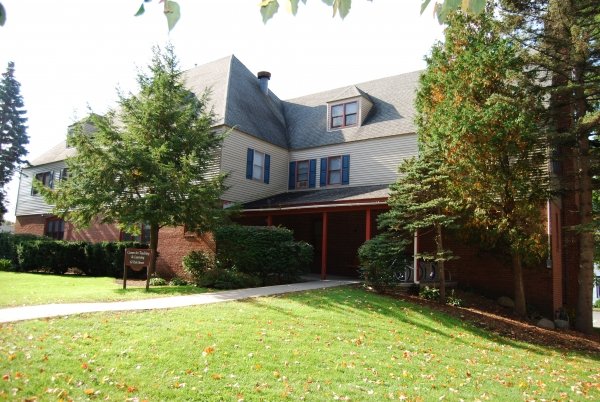 62 Park Street reopened as a residence in Fall of 2000. This cottage community houses over 40 students in single, double, and triple rooms. This residence is located on the corner of Lincoln Street and Park Street.

Popular with: People who like living close to the Owen D. Young Library, the Dana B. Torrey Health and Counseling Center, and theme housing. Also popular with those who enjoy the idea of living near or in a quiet study floor.

St. Lawrence history gurus say: The building was built in 1919 by SAE (Sigma Alpha Epsilon) and was used by the fraternity until 1973 when Sigma Pi moved in. In 1994, Sigma Chi started using the building, then part of the building was used partially for academic office space. Finally, it was all converted into student housing in 2012.

Res Life says: “During the winter, I have seen people skiing outside in between 62 and the Outing Club and have seen a few people hanging out outside, but I think that will happen more when the weather is nice. I also feel like the rooms are a bit bigger than a normal-size room!” Laura St. Andrews, Community Assistant, ‘14

Community Areas: A kitchen on the first floor for residents to use.

Laundry: One laundry room in the basement with two washers, two dryers, and a table for folding laundry. 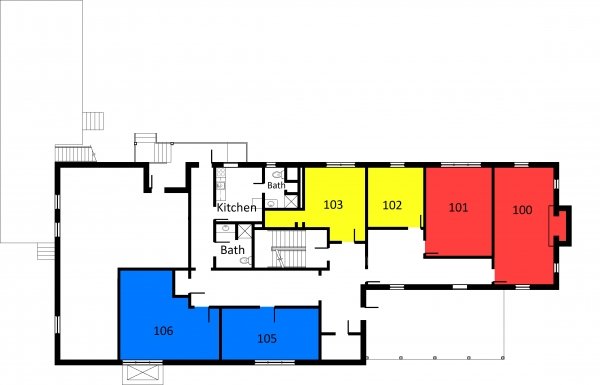 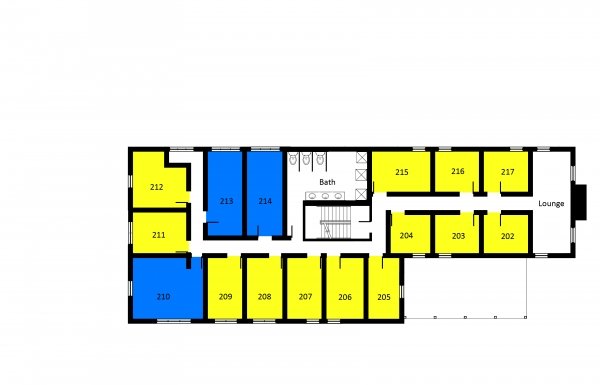 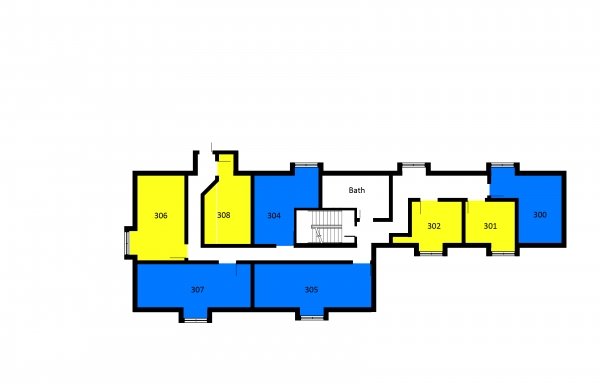