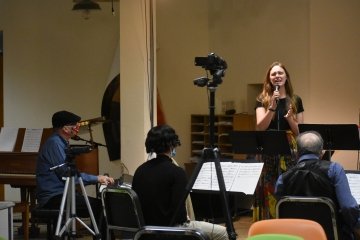 Modeling the masters is good practice for developing and developed musicians alike.  When it comes to making music, our archetypes play a significant role.  For instance, if you were going to put a band together what would be the first tune you would want to work up?  Would it be a cover or an original?  What musical influences would you draw upon? We’re all on the same path as we learn to speak this universal language.  A book worth reading about all of this is The Music Lesson by bassist extraordinaire Victor Wooten. 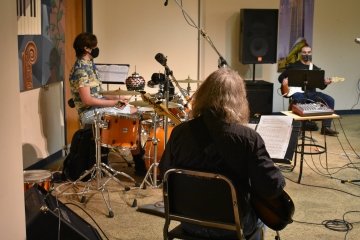 The Improv Lab was launched at St. Lawrence University in the fall of 2007 to create a workshop-type environment which fosters a collaborative, performance-based experience.  Each iteration since then has taken on its own shape and flavor.  Over a series of 24-or-so 90-minute sessions, we’ll explore a bunch of tunes and jam experiences from which a program of performance will emerge.  It’s formative—and fun!

Mondays and Wednesdays, 4:30-6pm, in the Launders Underground (Noble Center 001) 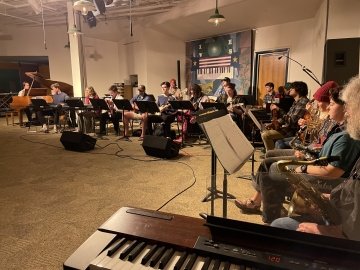 This is not your typical ensemble audition. It will consist of you simply sharing a song you would like to pursue with the ensemble this semester via YouTube, Spotify, or some other form of media. Bring a notebook and pencil to retain useful information as we venture forth.