The Laurentian Adventures Program offers customized and memorable travel opportunities for alumni, parents and friends.  Together, guests will explore exciting educational and cultural sites with a University faculty or staff member.  A trip manager will handle logistics, allowing Laurentians and their guests to enjoy a worry-free journey while donning the Scarlet and Brown.

Past and New Culinary Traditions of Spain Travel Experience
April 20th - May 2nd, 2023
In April 2023, St. Lawrence will celebrate 56 years of the Spain program by offering Laurentians an exclusive opportunity to learn about the diverse culinary traditions of the country. Participants will enjoy foods and wines from four different regions while also learning about the changing cultures that make up Spain’s multicultural mosaic. Laurentians will celebrate and experience some of the rich history of the St. Lawrence Spain program as well. Led by the renowned Dr. Marina Llorente, Charles A. Dana Professor of Hispanic Studies, who has directed the Spain program four times, participants will explore the theme of past and present culinary traditions by learning about Spanish cultures, innovations in technology and renewable energy, as well as the country’s challenging political climate.

A deposit of $1,000 is due no later than October 1, 2022 to reserve your spot. This travel experience is first come, first serve and space is extremely limited. To reserve a space register at https://alumni.stlawu.edu/spain-travel-experience23. 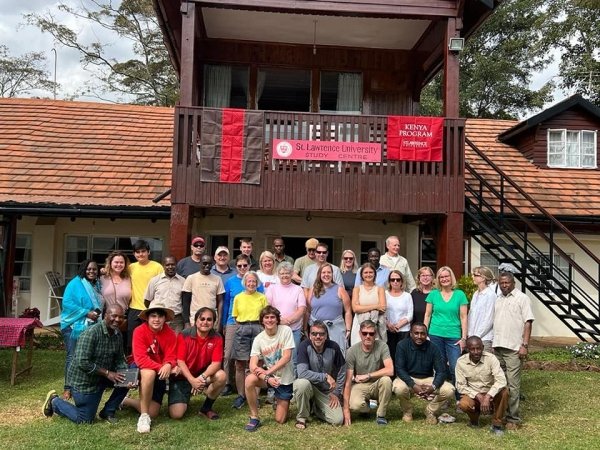 For nearly 50 years, St. Lawrence has built a unique connection with East Africa. In January 1972 we embarked on a pioneering study abroad experiment. By 2022, more than 2,200 students from over 30 different universities have spent a semester or summer term in East Africa via the Kenya Program. Our 2022 trip offered Laurentians an exclusive chance to celebrate and experience some of this rich history. Led by renowned Kenya program faculty and staff, participants explored the program themes of culture, environment and development through interactive and invigorating experiences based on the traditions of the KSP’s past and present. View the trip website.

A pair of incredible travel opportunities to visit Scotland & Northern Ireland awaited Laurentians in 2022! These two trips offered golfers an experience of a lifetime, playing five rounds in each country at some of the world's top-ranked courses, including #1 Royal County Down, #4 Royal Dornoch and #8 Royal Portrush Golf Club. Retired Saints Head Golf Coach and former LPGA professional Mary Lawrence was attendance to help golfers keep the ball out of the wind and shooting good scores! Those who opted to leave their clubs at home took in other spectacular sites including The Isle of Skye, Loch Ness Tour, Giant's Causeway and the Guinness Storehouse. Laurentians were invited to take part in one or both of these tremendous trips.

A group of 20 Laurentians,  including Saints Head Golf Coach and former LPGA professional Mary Lawrence, traveled to New Zealand in January 2020 for 12-days for “The New Zealand Golf Experience”. This trip offered golfers an experience of a lifetime, playing five rounds at some of the world's top-ranked courses including #6 Tara Iti and #17 Cape Kidnappers.  Those who opted to leave their clubs at home took in other tremendous sites including Huka Falls, Hawke's Bay and the Maori Rock Carvings.  All Laurentians who made this journey visited Middle Earth, and toured the Hobbiton Movie Set from "The Lord of the Rings" trilogy and the Meta Workshops. 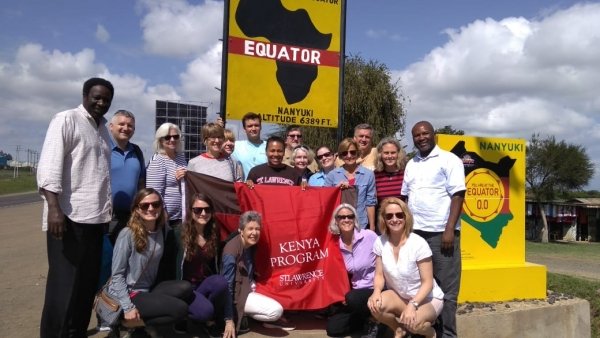 During the summer of 2019, Dr. Matt Carotenuto, St. Lawrence Professor of History, led a group of 16 Laurentians for "Engaging Africa: The SLU Kenya Program Past and Present" Laurentian Travel Experience.  Dr. Carotenuto co-lead this trip with Kenya program directors and longtime staff members Dr. Abdelwahab Sinnary, Lina Karingi, Dr. Michael Wairungu and Njau Kibochi in an exploration of the transformational roots of the SLU-Kenya connection.  Learn more about "Engaging Africa". 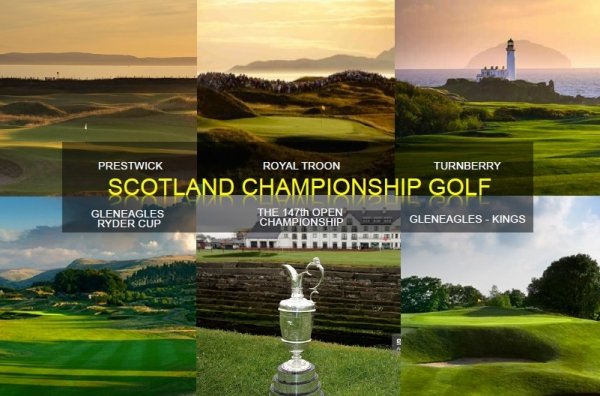 In July of 2018, a group of 12 Laurentians, including Saints Head Golf Coach and former LPGA professional Mary Lawrence, traveled to Scotland for eight days for "The Open Championship Golf Experience".  The group had the opportunity to play five rounds of golf at some the world's oldest and most prestigious layouts in the home of golf, including Troon, Turnberry, Prestwick and Gleneagles.  Saints Head Golf Coach Mary Lawrence helped the golfers to keep the ball out of the wind and to shoot good scores!  The group also took in Sunday's final round of the 2018 Open Championship and saw the Claret Jug at Carnoustie.

The St. Lawrence University men’s hockey team headed to Belfast, Northern Ireland in November 2016 for the second annual Friendship Four Tournament. They were joined by a group of 43 Laurentians for a five-day trip, November 22-27, that featured one night in Dublin, Ireland and three in Belfast, Northern Ireland.  While abroad, guests not only enjoyed some fantastic college hockey at the Friendship Four, but tours of both cities, the Giants Causeway and the Guinness Storehouse!  A medieval Thanksgiving dinner was held at Winterfell Castle from the hit HBO television show Game of Thrones where they dined with the Saints hockey team, coaches and over 40 family and friends of the players.  The group was also joined by the UMass Amherst team, alumni and parents.  View photos of the trip.

Send us an email at sluevents@stlawu.edu to learn more about our Laurentian Adventures Programs.