In 2015, in celebration of the Alumni Executive Council’s 100th Anniversary, the Council established the AEC Endowment for Internships and Experiential Learning.  As its name implies, this endowment provides funding for internships for St. Lawrence students.  With a goal of initially raising $250,000, active fundraising concluded in June of 2018 with over $350,000 in gifts and pledges secured! 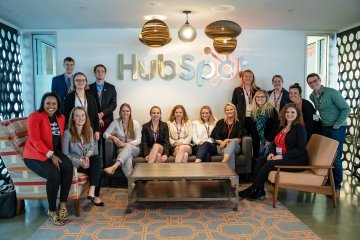 In 2019, with University support, the Council established a second endowment fund, The Power of Connections Endowment Fund, in conjunction with The Campaign for Every Laurentian Big Idea of the same name.  This second fund is designed to expand our support beyond internships to include current and future networking and career development programs, such as SLU Connect, Sophomore Career Boot Camp, the LINC Mentor Program and Laurentians in Residence.  This endowment will ensure that these critical programs continue far into the future and that the Laurentian network remains one of the best in the country.