Many Laurentians have used their personal experiences, research, and creativity to build their businesses, carving out new spaces and making room for new ideas. 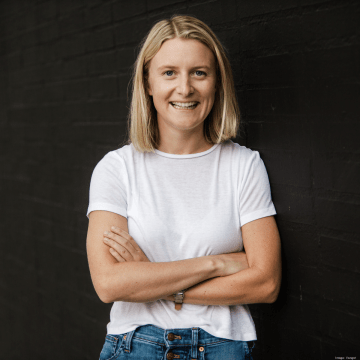 When Karson Humiston ’15 (pictured left) started building a database of student clients for her on-campus venture, On Track Adventures, selling holiday travel packages for fellow St. Lawrence students, she was also planting the seeds for what has grown into the most successful hiring platform in the cannabis industry. The business started at St. Lawrence and was initially called Gradujuana. After graduating, Humiston relocated to Denver, where she continued to build Gradujuana. Just one year after graduation, Humiston officially launched Vangst. Since then, Vangst has raised over $30 million from leading venture capitalists, including Lerer Hippeau, Level One Fund, and Snoop Dogg. Vangst connects full-time and temporary employees to jobs in the cannabis industry and has successfully filled over 300,000 gigs in the industry. Today, Vangst has a growing team of 70 full-time employees, with their headquarters in Denver, Colorado, and remote teams in Los Angeles and Buffalo, New York. Humiston appeared in Forbes magazine’s 30 Under 30, and Vangst was featured as one of Fast Company’s most innovative companies. Learn more at Vangst.com

Master of Disasters and Founder of Mangrove Strategies 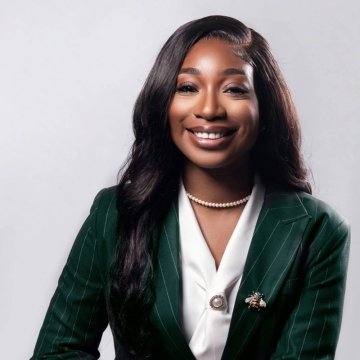 Since graduating from King’s College London with a master’s degree in disasters, adaptation, and development with distinction in 2020, Barrise Griffin ’18 continues to develop expertise in disaster risk reduction, focusing on climate change mitigation and adaptation, human migration, and development. Named one of the Top 48 Millennials in The Bahamas as an agent of change in the environment and business categories by Project Y Bahamas, Griffin is currently a technical consultant to The Government of The Bahamas and a research associate with The Climate Change Adaptation and Resilience Research Centre at The University of The Bahamas. In 2019, Griffin established Mangrove Strategies, a disaster risk reduction and climate change adaptation consultancy, to help public and private institutions by providing resiliency, mitigation, and disaster management expertise to sustain industries and safeguard communities worldwide. Griffin explains that her calling is to create and execute effective strategies and policies to create a safer world. Learn more at master-of-disasters.com. 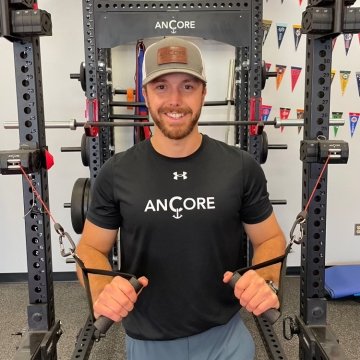 The idea for ANCORE, a compact professional-grade cable machine, was spurred during Isaac’s time at St. Lawrence when he experienced a significant shoulder injury during a Saints baseball game. Since founding the company in 2019 with his friend, Nathaniel Herring, ANCORE has gained acclaim from industry leaders and performance coaches with the New York Yankees, Los Angeles Lakers, and Toronto Maple Leafs. ANCORE recently won Men’s Health magazine’s “Best Portable Cable Machine” award as part of its 2022 Home Gym Awards. ANCORE is also a league-mandated product in the NHL. All 32 teams must supply ANCORE products in their arena for the players to train with. Since its beginnings as a garage startup in Swampscott, Massachusetts, ANCORE now supports the training of teams and organizations across four professional sports leagues (NHL, MLB, NFL, and NBA) and the UFC and PGA champions. The company designs, engineers, and assembles its products in the United States at its headquarters in Salem, Massachusetts. Learn more at ancoretraining.com.

Director of Product Management for Avalara 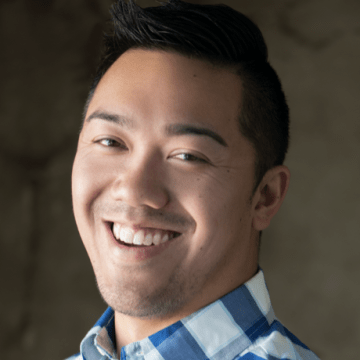 As a director of product management at Thomson Reuters, Andy Chan’s everyday job is to innovate. A member of the Class of 2014, Chan currently holds one patent and has three additional patents pending in the sales tax automation space. While working full time, he’s also starting his own company, TrackRecord Health, a software company focusing on healthcare compliance. He enjoys the creative process and leveraging technology to turn business ideas into enterprise-grade software. When not at work, you can find Chan on the tennis court, where he recently reached No. 1 in the country in the USTA’s 18+ Men’s 3.0 division. Chan is currently serving a four-year term as a St. Lawrence University McCurdy-Sprague Trustee.