Saints show up and show off in Beijing.

The Scarlet & Brown had a lot to celebrate in 2022 as 10 Laurentians traveled to Beijing to compete in the 2022 Winter Olympic and Paralympic Games.

Saints pride went into overdrive when the Canadian Women’s Hockey team took home the gold medal. Legends of Appleton Inductee Gina Kingsbury ’04, director of hockey operations for Team Canada, joined the organization in 2018 and was tasked with helping Canada re-establish its dominance in international competition. Alison Domenico ’09, assistant coach, and Julia Gosling ’23 played a role in helping Kingsbury achieve that goal when Canada defeated the United States by a score of 3-2 in the gold-medal match at the games in February.

It was Saints Nordic skier Sydney Peterson ’24, however, who came home with the most hardware. Peterson, a neuroscience major, decided to take a leave of absence from St. Lawrence for the spring semester to train and make her Paralympic debut, and her work paid off.

“We are all so proud of Sydney,” said head coach Ethan Townsend. “What a fantastic start for her Paralympic experience. It is so cool to see her execute that performance amid the pressure of a high-level international event.” 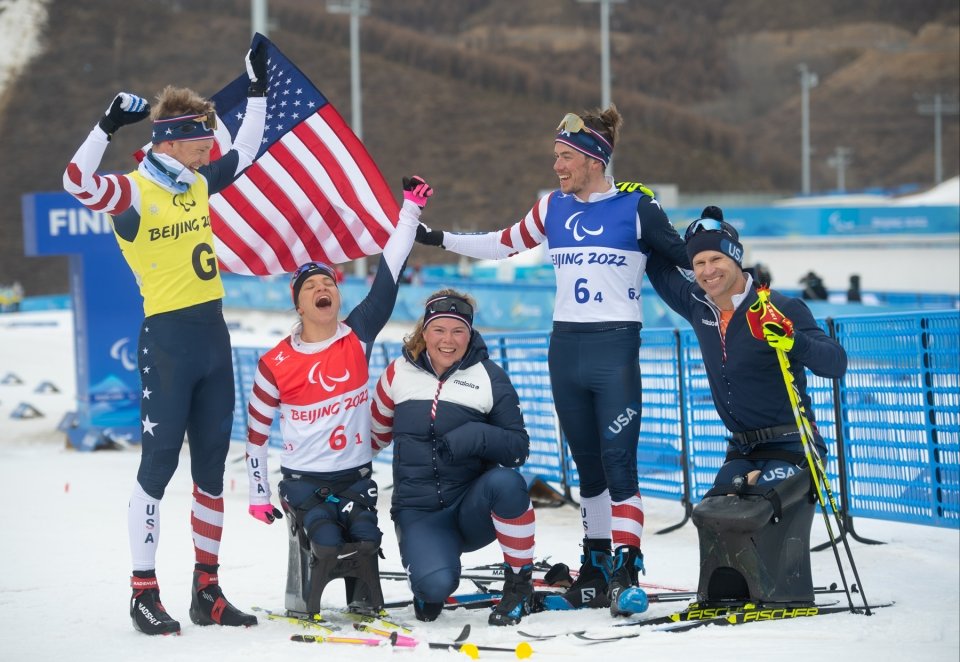 “Normally, I would be in the middle of our ski season. Last year at this time, we were going to carnival races every weekend,” Peterson says. “I guess that’s what I’m planning on next year. I’ll be back there skiing with the Saints.”

When asked how she felt earning two medals as a first-time Paralympian, Peterson says, “It feels absolutely surreal. I never expected to be here. This opportunity to race has been an amazing experience.”

Her Laurentian peers on Team China agree. When asked about their Olympic experience, the word “surreal” kept coming up.
“Walking out at the opening ceremonies where the whole stadium was filled with people was pretty surreal,” says Lum. “It was pretty crazy. Honestly, it didn’t really sink in until that moment.” 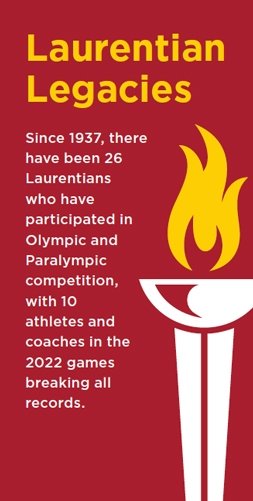 Lum and Segedi took the 2021-2022 academic year off to train and secure a spot on China’s roster.

“Obviously, being a student-athlete, you have to be pretty good with your time management and being able to feel focused on more than one thing,” says Segedi. “I think that definitely was a big factor this year. There are so many different things going on (at the Olympics), a lot of outside pressure.”

“It is nice that St. Lawrence is a very tight-knit community and especially the team,” adds Lum. “We always had people to talk to  and keep us connected.”

“I talked to all three of our St. Lawrence coaches the whole year,” says Segedi, “and they were just encouraging us and pushing us through, telling us to stick with it and how proud they were of us.”

Laurentians represented the many colors of many nations at the Beijing games in 2022, but it is the Scarlet & Brown that unifies these 10 Olympians.

Wellness initiatives, Olympic and Paralympic medals, new academic programs, and the successes of our faculty, students, and alumni were among the top viewed online stories from St. Lawrence University during the 2021-22 academic year.

After St. Lawrence’s Class of 2022 flip their tassels, they’ll enter the world prepared to leave it better than they found it. After four years of taking inspiring classes, encountering new perspectives around the globe, volunteering in their communities, conducting purposeful research, following creative pursuits, and working with passionate Laurentian mentors, they have the tools they need to make an impact wherever they go next.

St. Lawrence Named One of the Nation’s Best Colleges by Princeton Review

The Princeton Review has once again recognized St. Lawrence University as one of the nation’s best institutions for undergraduate students, applauding its outstanding alumni network and internships in the recent publication, “Best Value Colleges for 2022.”