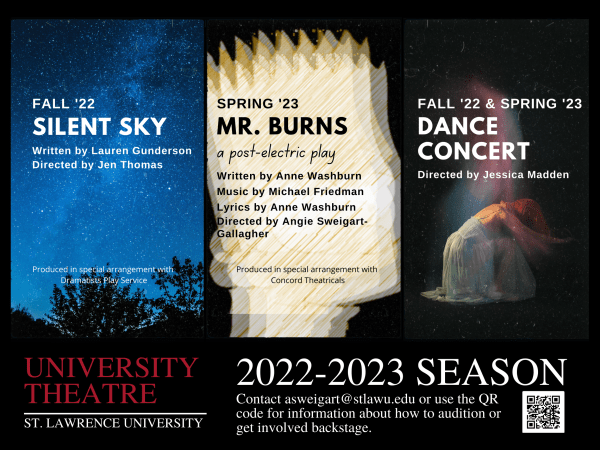 Synopsis: "When Henrietta Leavitt begins work at the Harvard Observatory in the early 1900s, she isn’t allowed to touch a telescope or express an original idea. Instead, she joins a group of women “computers,” charting the stars for a renowned astronomer who calculates projects in “girl hours” and has no time for the women’s probing theories. As Henrietta, in her free time, attempts to measure the light and distance of stars, she must also take measure of her life on Earth, trying to balance her dedication to science with family obligations and the possibility of love. The true story of 19th-century astronomer Henrietta Leavitt explores a woman’s place in society during a time of immense scientific discoveries, when women’s ideas were dismissed until men claimed credit for them. Social progress, like scientific progress, can be hard to see when one is trapped among earthly complications; Henrietta Leavitt and her female peers believe in both, and their dedication changed the way we understand both the heavens and Earth." (Dramatists Play Service, Inc.)

Synopsis: An evening of dance featuring work choreographed by Faculty, Students, and the SLU Dance Ensemble.

Music by Michael Friedman and Lyrics by Anne Washburn

Synopsis: "After the collapse of civilization, a group of survivors share a campfire and begin to piece together the plot of The Simpsons episode "Cape Feare" entirely from memory. Seven years later, this and other snippets of pop culture (sitcom plots, commercials, jingles, and pop songs) have become the live entertainment of a post-apocalyptic society, sincerely trying to hold onto its past. Seventy-five years later, these are the myths and legends from which new forms of performance are created.

A paean to live theater, and the resilience of Bart Simpson through the ages, Mr. Burns is an animated exploration of how the pop culture of one era might evolve into the mythology of another" (Concord Theatricals).

Synopsis: An evening of dance featuring work choreographed by Faculty, Students, and the SLU Dance Ensemble.

Professor Jessica Madden presented her research "In Lieu of Touch: Connecting Without Contact" at the 2022 Meeting of the National Dance Education Organization in Atlanta, Georgia. As an artist...

New $1.5M Endowment for Theater and the Arts

For North Country native and Class of 1967 alumnus Bill Martin, recognizing the power of theater has very little to do with whether or not a person ends up on center stage.

University Theatre Faculty and Staff work closely with students to develop their interests and skills in all areas of theatre production.