Looking After Our Fences

On a warm summer’s day in Missouri many years ago, Lynn and I observed a pleasant American custom, familiar since childhood. We met friends and neighbors for a refreshing afternoon social that featured strawberries and ice cream. I sat next to a local farmer, wiry and leathery from the relentless decades of producing row crops and livestock. I learned something important from him about the nature of a liberal arts college. 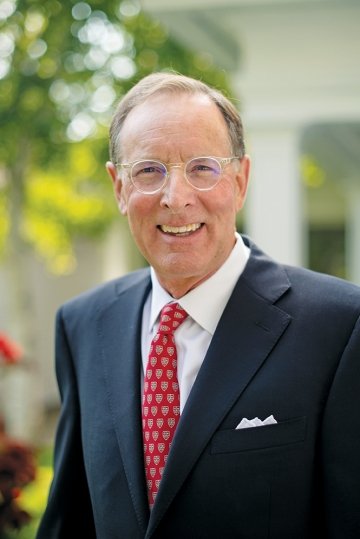 My farmer acquaintance, memorably named Elmer Munsinger, worked the family fields of Missouri for his entire life, easily exceeding the Psalmist’s dividend of four score years. He was old enough to have endured several significant agricultural transitions—from mules to combines. In recalling the eras of his life, I was privileged to hear the lived history of American farming. He raised hogs, until the market changed. He put cattle on his land, until the market changed. He planted corn and soybeans, but was confident that the market would also change, someday, as new producers and buyers in other countries discovered competitive efficiencies. “What else does a farmer think about once the crops are all planted for the summer?” I asked.

The old man indicated that he had just returned, like June finches and wrens set in their ways and nests, to the one unchanging chore known through all his years of farming. It had to be done every year around strawberry time. He was cutting “hedge posts.” He assured me that while he knew how to do it with a crosscut saw and axe, he discovered a short while before, as he got older, that a chainsaw was handier. I had known of fence posts and hedge rows, but I was hearing the colloquial term “hedge posts” for the first time.

St. Lawrence must do something similar to the cutting and planting of hedge posts. No two individual acts of learning on our campus will ever be the same, every post different, but they will stand a long time to mark a moment and place in the life of a cultivated mind.

Hedge posts, as I learned, come from the indigenous Osage tree, sometimes called “Osage orange” because of the spiky, baseball-sized green fruit it produces. This famous tree of the plains does not grow in the North Country, though white cedar with the bark left on can be found at Amish sawmills near Canton and purchased as fence material. With pride, my farmer friend told me Missouri hedge is the most durable wood anywhere, reasonably outlasting steel. He boasted that the hedge posts he planted 50 years ago were still standing strong, holding new wire, showing the old lines that once marked the ground for grazing or planting. As I remembered this conversation later, I believe it furnished a fresh description of a college, perhaps as a punctuated sentence upon the rural landscape.

St. Lawrence must do something similar to the cutting and planting of hedge posts. No two individual acts of learning on our campus will ever be the same, every post different, but they will stand a long time to mark a moment and place in the life of a cultivated mind. A college organizes ideas in its requirements, electives, and majors—in essence giving some form to how students are eventually going to think about their lives, analyze their situations, discern creative options in their communities, perceive beauty in their surroundings, and express the best thoughts about their purposes. The wire fencing around the hedge post boundaries will surely change. The content within the fields may vary over time, as long-experienced farmers will bear witness, but the seldom-replaced fence posts last a lifetime.

How does St. Lawrence resemble the summer project of a farmer arranging and securing hedge posts? Other places in America with ancient farmland are often defined by stone walls or white board fences, but in the North Country, like the open land of Missouri, the hedge post suggests many aspects of what our University is doing and why this idea is so vital to understanding ourselves better. Put as a metaphor, we start with the student rather than the discipline, and we cut a hedge post and set it in the ground as a landmark, defining for that person the visible and unseen terms of success on both sides of a fence, yet to be built, but always being mended. We are still doing recognizably traditional things on our campus—inspiring values of intellect, caring, and service—but every year in new ways. We check the sturdiness of the fence and sometimes change out the wire.

Our students who are considering a business career path—while still rigorously grounded in economics, statistics, and psychology, as one permutation of the liberal arts package—are, now more than ever, learning beyond the classroom from alumni practitioners and mentors. They are visiting corporate headquarters, board rooms, and trading floors. They are competing as a team simulating monetary policy-making in the Fed Challenge sponsored by the Federal Reserve Bank of New York; they are involved in national “stock pitching” contests; they are spending an entire semester living, interning, and studying in Manhattan. They are constantly immersing themselves in “connections”—in Boston, Burlington, Albany, Washington, D.C., and San Francisco.

The latest hedge post in our curriculum is the study of public health. From that corner of the fence, students are expected to trace the complex disciplinary lines holding together biological, environmental, historical, social, and cultural forces. The expectations to know and do evidence-informed public health analysis and research will take them not only into local clinics and health care organizations, but also to Nairobi and New York City. We convert liberal arts thinking into a pragmatic mind.

Arts and humanities at St. Lawrence have been in the ground a long time. They enclose the abiding questions that today’s students will face throughout their lives—issues of differentness and population, faith and culture, conflict and negotiation. Our entering classes require fresh vocabularies of philosophical and ethical thinking, the foundational stuff to discern a trustworthy sentence from a half-truth. Old hedge posts will fence new problems about lands and peoples, sunlight and water, creativity and soul.

A farmer taught me something basic: the hedge post outlasts the fencing. A liberal arts college must comprehend this essential fact, too. It must remain confident in its firm and first principles while allowing new winds to blow through the fences strung on posts that configure fresh forms of thought and living. 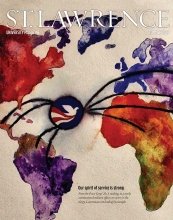