Bruho, a Toronto-based college professor by day and street artist by night, is a member of the Canadian collective Visual Noise and the global Secret Society of Supervillain Artists. His art is often digital collages of selfies wearing his mask incorporated into pulp art. The artist is a collector of Shepard Fairey prints having about 50 signed copies of them. His favorite says “OBEY the laws of physics” and is displayed in his office at the University. See more about Bruho's shenanigans on Instagram (@bruho.to) or on his website bruho.ca. 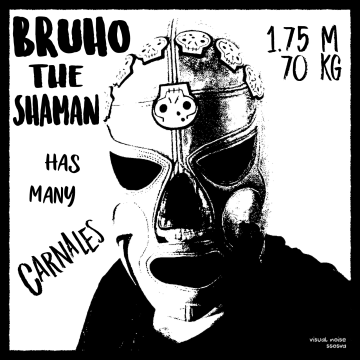 Bruho is a sticker art character that represents a mystic luchador. He has many “carnales,” which is Spanish for close friends, a posse. The art, a homage to Shepard Fairey, is a digital edit of a self-portrait of the sticker artist wearing a custom-made mask.

Charles Bourcq (@masterofdisaster2) is a longtime fan of street art, graffiti, and skateboard culture. Influenced by Shepard Fairey, Dave Kinsey, and Jim Muir, Charles’s work has been published in the punk-skater magazine, Thrasher. He owns several Shepard Fairey-designed skateboards and dedicated the Origin sticker design in the contest to Shepard’s early love of skateboarding. 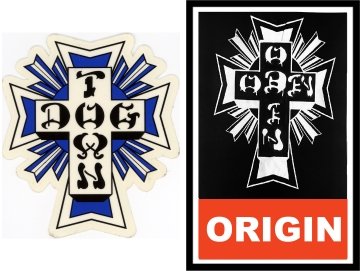 Mikayla “Milk” Quinn (@mikaylabellaart), SLU Class of 2023, is a queer, New York-based artist attending St. Lawrence University. They are mainly an acrylic painter, but often dabble in several different mediums to produce work with common themes such as feminism, sexuality, nature, and social justice. For more, visit their shop on Etsy. 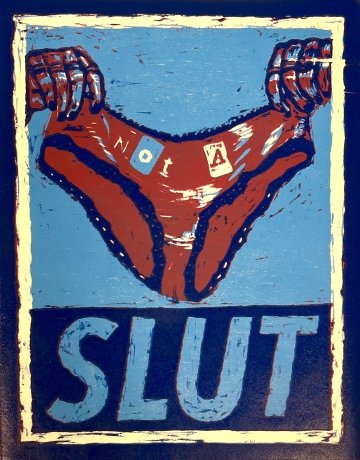 Milk writes, “This design is an original reductive woodcut print titled sleeping with men. It is a commentary on the inequity female-presenting people face in hookup culture, especially speaking to the ‘locker room talk’ that men engage in to slut-shame partners they have in common, without consequence. The text says ‘not a SLUT’ but the word ‘SLUT’ remains bold and in your face as a function of reclamation. There is strength in taking back words meant to shame us.”

Research led by Assistant Professor Kevin Angstadt ‘14 was recently published in the September/October 2022 special issue of IEEE Micro on Compiling for Accelerators.

Dr. Neil Forkey Was Recently Elected As President Of The Mid-Atlantic And New England Council of Canadian Studies

Dr. Neil Forkey, Associate Professor and Chair of the Canadian Studies Department was recently elected as President of the Mid-Atlantic and New England Council of Canadian Studies

Students selecting housing for the 2023-2024 Academic Year should refer to these dates. Applications will be available in the Residence Portal on the designated dates. Spring 2023 Housing Selection...