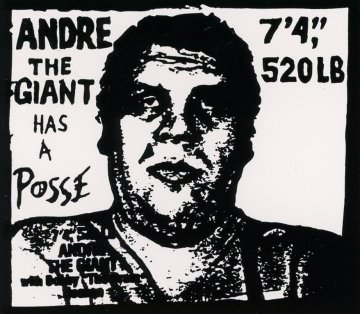 INSPIRING | CONTROVERSIAL | OBEY!  presents work by one of the most well-known contemporary American street artists, Shepard Fairey. Drawn from St. Lawrence University’s permanent collection and private collections, the exhibition showcases work from over thirty years of the artist’s prolific career: from Fairey’s Andre the Giant Has A Posse sticker first produced as a college student in 1989, to silkscreen prints from the 1990s and 2000s, to the iconic 2008 Barack Obama HOPE portrait, as well as We The People stickers created in response to the 2016 U.S. presidential campaign and Earth Crisis stickers today. While Fairey’s earlier images focused on punk musicians, skateboard heroes, and Obey Giant themes, his more recent subjects include social justice activists, immigration reform, gender equality, consumer capitalism, and climate change. 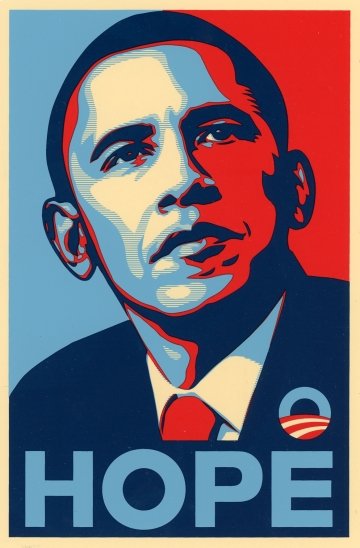 The artist himself is not without controversy, however, having weathered multiple arrests for defacing property in cities around the world and lawsuits for using Obama’s image for the HOPE portrait without giving credit to the original Associated Press photographer, Mannie Garcia. In Fairey’s quest to “manufacture quality dissent,” he has also been criticized for “industrially (re)producing and commodifying [that which] banalizes and deactivates it” [and therefore] contributes to perpetuating the system he says he fights against,” according to author Francesco Screti.[1] Though Fairey states, “I refuse to stay in my assigned lane as an artist and commentator. My friend and curator Pedro Alonzo once said that I’m too street for the corporate world and too corporate for the street world. Either way, I hope I’m breaking someone’s rules.”[2] 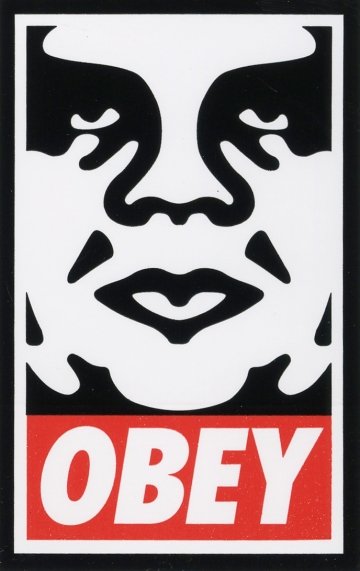 As part of the exhibition, Oliver Baudach, founder and director of Hatch Kingdom, Berlin, Germany, has also curated a section that includes stickers by various artists based on three of Fairey’s most popular designs: the original Andre the Giant sticker; a later stylized version of it with “OBEY” in bold red text beneath it; and the 2008 HOPE portrait. All three designs have been appropriated by artists who have riffed on the images and text to create what are called “Obey bootlegs.”