A new president, a historic end to the University’s largest campaign ever, and the successes of our faculty, students, and alumni were among the most viewed online stories from St. Lawrence University in 2021. 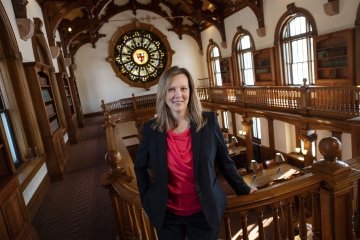 On Thursday, Feb. 4, the University announced that Kathryn A. Morris would be St. Lawrence’s next president. President Morris officially joined the University on July 1 and attended classes and got to know students on her first day thanks to the St. Lawrence’s Summer Semester offered last academic year due to the pandemic.

St. Lawrence University exceeded its goal for The Campaign for Every Laurentian, raising more than $230 million in gifts and commitments during the University’s largest comprehensive fundraising initiative in the institution’s 165-year history. The news was announced during the St. Lawrence virtual Laurentian Celebration on Wednesday, June 16. 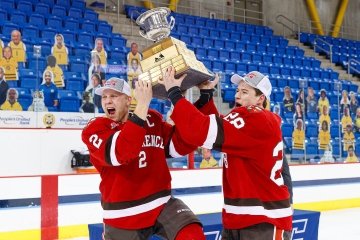 On March 20, the Saints men’s ice hockey team won the ECAC Hockey conference championship for the first time in 20 years, defeating Quinnipiac 3-2 in overtime. That team wasn’t the only one to bring home the hardware this year: St. Lawrence’s women’s cross country and men’s soccer teams also earned conference titles in 2021.

Each year, St. Lawrence is included in several well-respected rankings, including the U.S. News and World Report’s list of top liberal arts colleges. The University was also highly ranked among the best institutions for its alumni network, making a difference, and for being among the greenest colleges in the country. 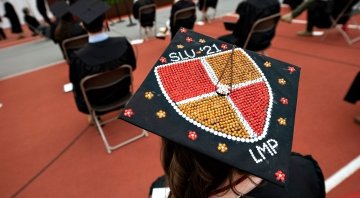 This class wasn’t the only one to cross the stage in 2021: St. Lawrence hosted two commencement ceremonies this year, including one for the Class of 2020! Learn about where members of this class found themselves a year later.

During the fall 2021 semester, The University announced two new bachelor’s degree programs in data science and finance following the hard work of visionary faculty and the Experience St. Lawrence Task Force. Laurentians who pursue these will graduate with highly sought-after skills that are deeply rooted in St. Lawrence’s robust liberal arts education.

Learn About the Programs 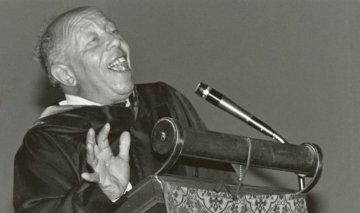 16 Hillside Road—St. Lawrence’s Dean of Student Life’s house—is now officially the Jeffrey Campbell House. The dedication during Laurentian Weekend in September celebrated the legacy of The Rev. Jeffrey Worthington Campbell, the University’s first African-American graduate in 1933 and the first Black Laurentian to be ordained as a Universalist minister by the former St. Lawrence School of Theology in 1935.

St. Lawrence Welcomes the Class of 2025

Fall student-athletes, international students, transfer students, and the rest of the Class of 2025 arrived in Canton in mid- to late-August ready for their next adventure to begin. Learn about our community’s newest scholars, artists, athletes, and activists. 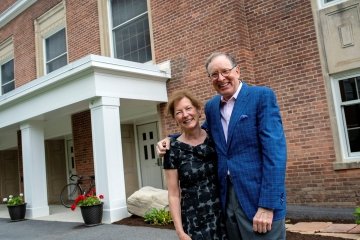 University Renames Building in Honor of Bill and Lynn Fox

On May 20, the Board of Trustees unanimously approved a resolution to rename Madill Hall as Fox Hall. This space also houses the Fox Center for Academic Opportunity. This recognition of President Emeritus William L. Fox ’75 and Lynn Smith Fox honors their steadfast dedication to generations of students and the entire Laurentian community. 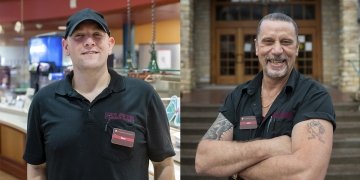 Students find a supportive and empowering community on campus everywhere they turn, and the Class of 2021 created a new award to recognize those that have the greatest impact. During their Commencement Weekend, the class gave the inaugural Kathleen Buckley Outstanding Staff Member Award to Sean Pearson and John Staie from Dining Services. The University’s story about faculty and staff members celebrated at Convocation and a piece highlighting this year’s new visiting professors were also popular news items.

Throughout the year, news articles and feature stories are highlighted online at stlawu.edu/news. News is also shared in a weekly e-newsletter to campus as “News Digest,” as a bi-weekly e-newsletter to alumni and parents as “SLU News,” and in St. Lawrence magazine. University stories are often also shared on Facebook, Twitter, Instagram, and LinkedIn, among others social media channels. The latest sports news can be found at saintsathletics.com.

In the fall of her senior year, Eleanor Napoli '20 saw a LinkedIn post in the St. Lawrence University group advertising an open position in the Northwestern Mutual Boston Downtown office. Knowing how helpful St. Lawrence alumni are, she felt comfortable connecting directly with Madison Wilcox '14, who authored the post, to learn about how she navigated life after graduation.

St. Lawrence University has received a $10,000 grant from Humanities New York (HNY) in support of the North Country Rights of Nature Project, which will focus on creating a bill of rights to protect the ecosystems of the St. Regis, Grasse, and Raquette Rivers.