For an editor who relies on a steadfast editorial style guide to ensure a consistent and trustworthy voice, it can be a little unsettling when language does its thing, evolving, flip-flopping, expanding, contracting, and shapeshifting to meet the needs of a time and place. It puts us editors in a real pickle and can cause quite a kerfuffle. (That’s maybe a little dramatic, but I really wanted to use the words pickle and kerfuffle.)

Take, for example, the familiar and ubiquitous term alum, pluralized as alums. St. Lawrence’s most recent editorial style guide frowned at the informality of such terms, even though they are efficient, elegant, neutral, non-gendered references for a graduate. However, the gendered Latin terms of alumna, alumnae, alumnus, and alumni (female singular, female plural, male singular, and all-inclusive plural, respectively) were, for decades, the preferred formal terminology identifying graduates.

Unfortunately, that forced formality fails us—some of us more than others. It is also completely unnecessary. According to the Merriam-Webster and the Oxford English dictionaries, alum and alums, which have circulated since the early 19th century, are now acceptable formal usage for gender-neutral singular and plural terms.

For most of you, this is not news, maybe even a little silly. The familiar term alum is a regular part of your vernacular. For an editor, changing acceptable usage can feel like a seismic shift. This change, however, is a no-brainer. I’m with you now and happy to embrace our alums as an official entry in the University editorial style guide. 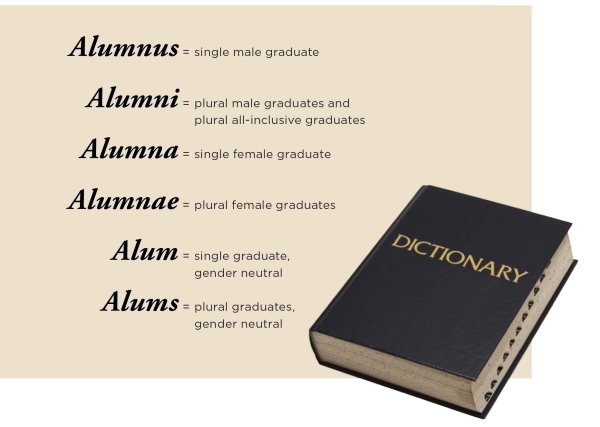 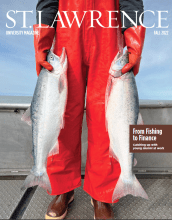