Sticker Design Contest based on three themes by Shepard Fairey

The top three winners will get their designs printed in vinyl by STICKER ROBOT!

DEADLINE: send to brushgallery@stlawu.edu by Thursday, September 15, at noon.

INSPIRING | CONTROVERSIAL | OBEY!  presents work by one of the most well-known contemporary American street artists, Shepard Fairey. Drawn from St. Lawrence University’s permanent collection and private collections, the exhibition showcases work from over thirty years of the artist’s prolific career: from Fairey’s Andre the Giant Has A Posse sticker first produced as a college student in 1989, to silkscreen prints from the 1990s and 2000s, to the iconic 2008 Barack Obama HOPE portrait, as well as We The People stickers created in response to the 2016 U.S. presidential campaign and Earth Crisis stickers today. While Fairey’s earlier images focused on punk musicians, skateboard heroes, and Obey Giant themes, his more recent subjects include social justice activists, immigration reform, gender equality, consumer capitalism, and climate change.

Questions about the contest? contact Cathy at ctedford@stlawu.edu or Carole at cmathey@stlawu.edu. 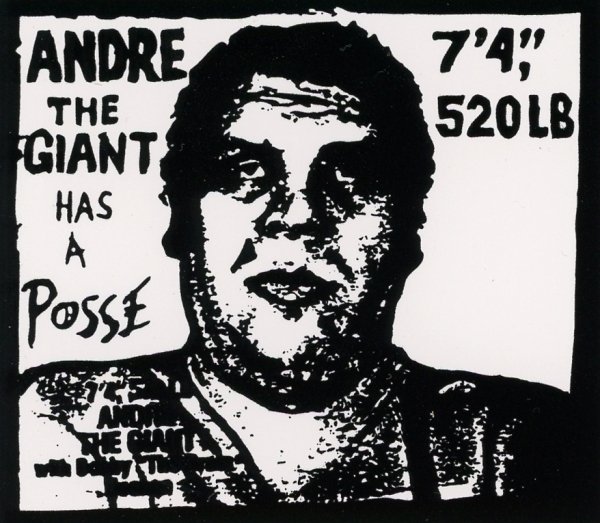 In 1989, when Shepard Fairey designed a somewhat random sticker called Andre the Giant Has A Posse as a joke among college friends, he could not have imagined what sort of global impact the image would attain. In an interview with Format magazine in 2008, Fairey said, “The Andre the Giant sticker was just a spontaneous, happy accident. I was teaching a friend how to make stencils in the summer of 1989, and I looked for a picture to use in the newspaper, and there just happened to be an ad for wrestling with André the Giant and I told him that he should make a stencil of it. He said ‘Nah, I’m not making a stencil of that, that’s stupid!’ but I thought it was funny so I made the stencil and I made a few stickers and the group of guys I was hanging out with always called each other The Posse, so it said Andre the Giant Has a Posse, and it was sort of appropriated from hip-hop slang – Public Enemy, N.W.A and Ice-T were all using the word.”[1] 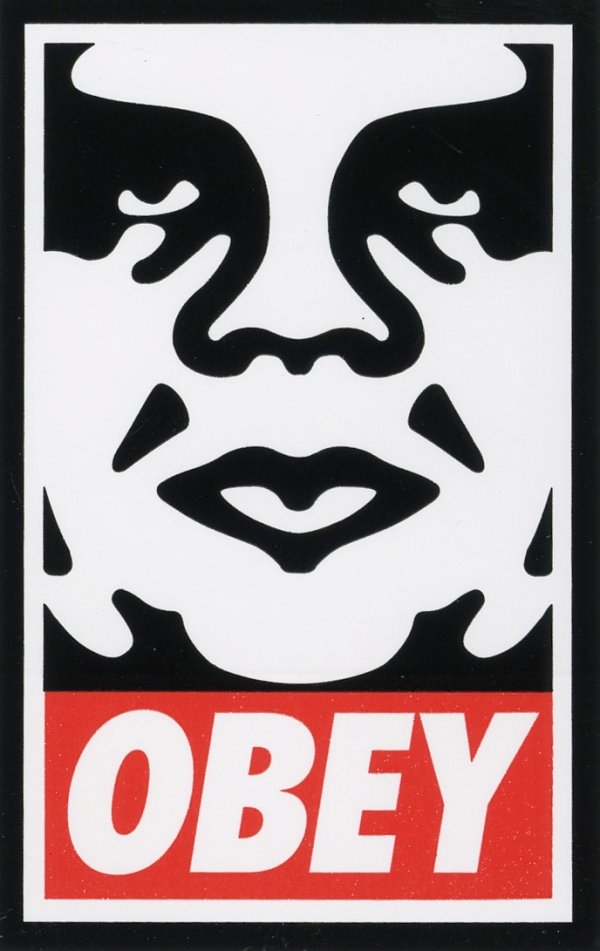 By the early 1990s, Andre the Giant stickers started to appear in the United States throughout the northeast. However, by 1994, Titan Sports Inc. (better known as WWE) threatened legal action over the Andre the Giant trademark, forcing Fairey to recreate the illustration and borrow the now iconic OBEY slogan from John Carpenter’s 1988 sci-fi film They Live. Since that time, both Andre the Giant and the stylized OBEY Giant--in the form of stickers, wheatpastes, and murals--have peppered cities and towns across the country and around the world. It is rare to go anywhere these days and not see one sticker design or the other slapped up on a wall or light post. 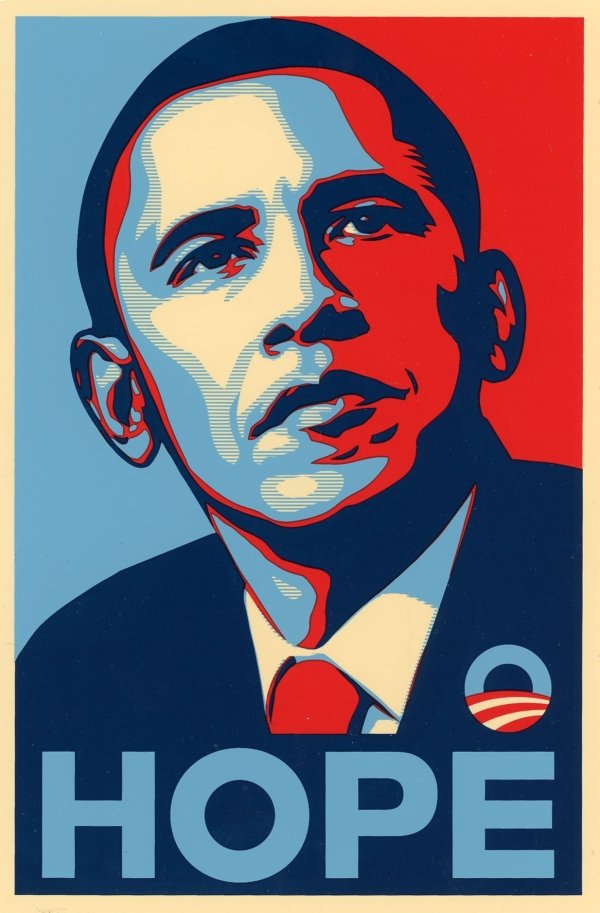 In 2008, Fairey also created the iconic image of then-presidential candidate Barack Obama based on a photograph taken by AP photographer, Mannie Garcia. A company called Sticker Robot printed hundreds of thousands of stickers using this design as a way to raise money for the campaign and to raise awareness for Obama’s political messages of “HOPE,” “PROGRESS”, and “CHANGE.” 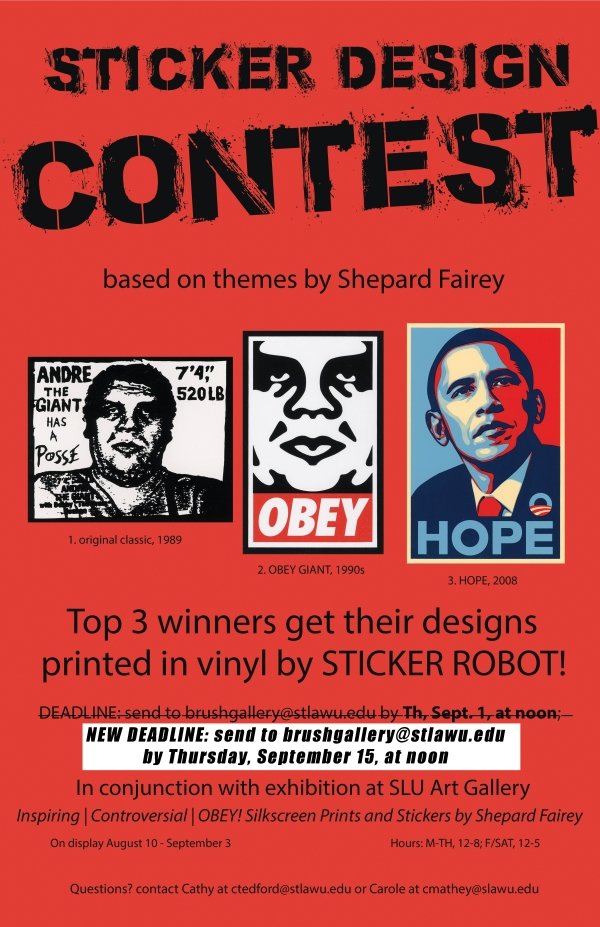 The Richard F. Brush Art Gallery, in collaboration with the Mokuhanga Sisters, presents diverse examples of mokuhanga, the traditional method of Japanese water-based woodblock printing, and its expansion from Japan to the international world of contemporary art during this exhibition on display beginning Monday, Sept. 12 through Saturday, Oct. 8.

Each One Inspired artist Grant Wade Jonathan is a Tuscarora-raised beadwork artist and an attorney, who currently works in the EPA's American Indian Environmental Office in New York City. When he is...