Meet Our New Faculty: How Government's Precious Hall Gives Back

For Assistant Professor of Government Precious Hall, community service is a civic responsibility. She aims to not just leave every place better than how she found it, but to empower others to continue her work and create lasting change. 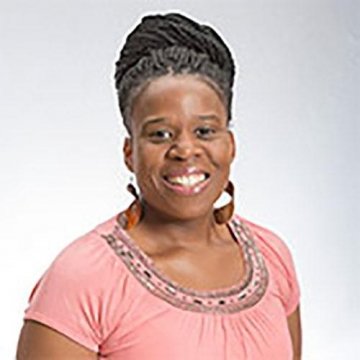 Assistant Professor of Government Precious Hall is a strong believer in leaving our communities better than they were when we found them. That’s the impact she made during her time as a faculty member at Truckee Meadows Community College (TMCC) in Reno, Nevada, and a mission she’ll aim to fulfill as one of the St. Lawrence University community’s newest members.

“I was always taught that in every space that you're in, it's your responsibility to find a way to try to give back. I believe that to whom much is given, much is required,” she says.

For Hall, who was recognized with a community service award during her time at TMCC, giving back to others is one of life’s greatest callings. Her approach involves identifying existing needs and channeling her passions to become an agent of lasting change.

“You don't engage in service just to say, ‘I did something.’ You want to engage in service to say, ‘you know what? I'm passionate about this particular area.’ One of the ways that I like to do that is to see where there may be gaps. Is there something here that's missing or something that could help others? Then, I try to fill in those gaps,” she explains.

While teaching at TMCC, Hall completed extensive work to uplift underrepresented students, faculty, and staff in her community. Among her many roles, she served as a TMCC Diversity Advocate, was a founding member of the Faculty of Color Coalition, and served as an advocate for foster youth, helping them access resources and overcome barriers to meet their academic and professional goals.

Hall’s hopes for what her students will take away from their time in her classroom, regardless of their major or career interests, reflect her philosophy on advocacy, giving back, and the overarching meaning of citizenship.

“Citizenship is a relationship. Citizenship is not just a matter of being born in a particular place and being a citizen of that country. It comes with a responsibility and a duty,” she says.

She also wants students to understand the role they play as citizens in helping to shape, and hold accountable, the institutions that govern them.

“My goal is to get everybody to see that no matter who you are, no matter what you do, no matter where you come from, the government is an important and integral piece of your life,” says Hall.

When it comes to her research focus, Hall is an Americanist and a race scholar. She studies the behaviors of individuals in American institutions, such as Congress and the court system, as well as voter behavior.

Citizenship is a relationship. Citizenship is not just a matter of being born in a particular place and being a citizen of that country. It comes with a responsibility and a duty. —Assistant Professor of Government Precious Hall

Over the past year, the global COVID-19 pandemic, the U.S. presidential election, and Black Lives Matter protests in response to the murders of Breonna Taylor, George Floyd, and Ahmaud Arbery aimed a spotlight on issues of racism, representation, and voter suppression. Though Hall has addressed these topics in her classroom since she started teaching in 2008, she’s noticed a shift in interest from her students in the last few months.

“The curiosity among students and the willingness to have the conversations has changed,” she says. “Although I would never say that I'm glad that these things have happened, their effects and impacts have opened up the space for the conversation.”

During a time when political divisiveness risks stymying the momentum and progress of social justice initiatives, Hall aims to equip students with the tools they’ll need to be effective, responsible citizens, including the ability to communicate across differences.

“My job is to help facilitate students’ understanding. Even if you disagree with a point of view, it doesn't mean that you shouldn't seek to somewhat understand it and know why a person thinks that way. We can agree to disagree, and we can do it respectfully.”

After St. Lawrence’s Class of 2022 flip their tassels, they’ll enter the world prepared to leave it better than they found it. After four years of taking inspiring classes, encountering new perspectives around the globe, volunteering in their communities, conducting purposeful research, following creative pursuits, and working with passionate Laurentian mentors, they have the tools they need to make an impact wherever they go next.

Following a competitive nationwide search, Anuva Anannya ’22 has been selected for the 2022 National Science Foundation Graduate Research Fellowship, an award that will fund her research-based master's and doctoral degrees at an accredited U.S. institution of her choice.

St. Lawrence Named One of the Nation’s Best Colleges by Princeton Review

The Princeton Review has once again recognized St. Lawrence University as one of the nation’s best institutions for undergraduate students, applauding its outstanding alumni network and internships in the recent publication, “Best Value Colleges for 2022.”