Associate Professor of Government Grace Huang has published a new book that reconsiders the leadership and legacy of the controversial twentieth-century Chinese leader, Chiang Kai-shek.

The book, titled "Chiang Kai-shek’s Politics of Shame: Leadership, Legacy, and National Identity," draws from an uncensored collection of Chiang Kai-shek’s diaries, telegrams, and speeches to paint a new portrait of the 20th-century leader who advanced Confucian politics of shame to confront Japanese incursion into China and urge unity among his people. 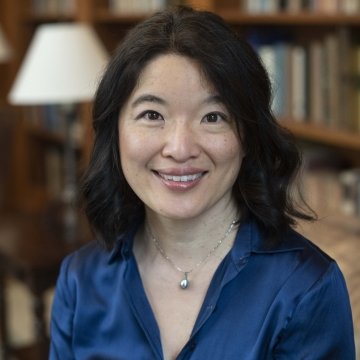 “The initial research for this book was like a collection of wildflowers,” said Huang, whose research focuses on political leadership in China. “Using a dictionary, I plucked materials from the archives based on what I was able to translate.”

By comparing Chiang’s response to imperialism to those of leaders like Mao Zedong, Yuan Shikai, and Mahatma Gandhi, Huang widens the implications of her findings to explore alternatives to Western expressions of nationalism and modernity. She reveals how leaders of vulnerable states can use potent cultural tools to inspire their country and contribute to an enduring national identity.

The New York Six Liberal Arts Consortium, which includes St. Lawrence University, has been awarded a $1.5 million grant by the Mellon Foundation to create the NY6 Mellon Academic Leadership Fellows Program, a three-year program to provide an intensive leadership experience for faculty in the humanities who aspire to academic leadership roles.