“Black Queer Flesh” was published by the University of Minnesota Press, which describes it as “an original and necessary contribution to Black literary studies, offering new ways to understand and appreciate the canonical texts and far more.”

According to the publisher, Henry “reinterprets key African American novels from the Harlem Renaissance to Black Modernism to contemporary literature, showing how authors have imagined a new model of Black queer selfhood” and “names ‘Black queer flesh’ a model of selfhood that is collective, plural, fluctuating, and deeply connected to the Black queer past.” 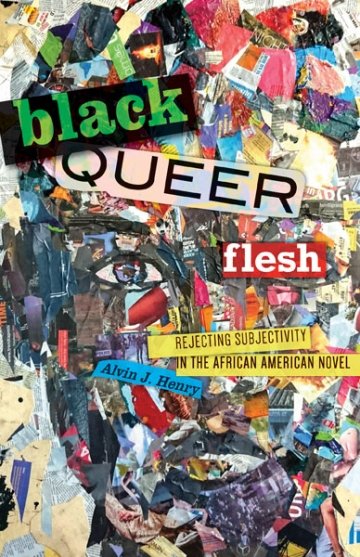 “​​For too many years, scholars, documentary filmmakers, and pop culture have neglected the history of Black queer lives,” said Henry. “In the few instances where Black queer people become visible, they are often portrayed in highly stereotypical manners or as minor characters. I was inspired to write this book because we lack a robust history of how Black queer people thrived and created unique cultures in the face of the simultaneous oppressions from racism, sexism, ableism, and homophobia.”

“A key finding that my book offers is that Black queer people showed us that it is not enough to simply practice anti-racism in a silo but that to combat racism we must also practice anti-sexism, anti-homophobia, and anti-ableism at the same time. These forms of oppression work simultaneously and intersectionally, and Black queer culture shows us a way to do this hard work of fighting back against power.”

Henry hopes that his book will inform decisions surrounding anti-racism action plans, support professors engaging in conversations about race and its intersection with gender, disability, and sexuality, and teach undergraduate students how to learn about Black queer cultures.

“I hope that people learn about the complex and rich histories of Black queer people beyond mass media’s current representations and its one perspective on Black queer lives,” said Henry. “In the not so distant past—at the time of the Stonewall Riots and the Civil Rights Movement—America classified queer people, as a group, under the rubric of people with disabilities. My book will educate people on how ableism, racism, sexism, and homophobia work in intersectional ways to oppress Black queer people. At the same time, I hope the book shows how Black queer people, in the face of these simultaneous oppressions, fought back in unexpected ways politically, socially, and aesthetically.”

In a review of the book, Gary Edward Holcomb, author of Claude McKay, Code Name Sasha: Queer Black Marxism and the Harlem Renaissance, wrote that it will influence literature and theory.

“Alvin J. Henry’s Black Queer Flesh makes not only a significant and needed contribution to Black literary studies but indeed will transform twentieth-century African American criticism and theory. His critical articulation of ‘Black queer flesh’ shaped by theories of Black self-abnegation offers a critical approach that makes it possible to rethink the Black queer self in key literary texts.”

At St. Lawrence, Henry teaches African American Literature and Race and Gender in Science Fiction, and co-teaches Careers 101: Exploring the Liberal Arts. He is editor of Psychoanalysis in Context and holds a Ph.D. in African American Literature and Social Thought and an M.A. in Educational Leadership and Administration from the University of California, Berkeley, as well as a B.S. in Materials Science and Engineering from the University of Maryland College Park.

St. Lawrence’s new data science major is interdisciplinary, hands-on, and full of opportunities for students to apply their coursework to real-world opportunities like internships and research.

Faculty members put their knowledge into action so students and others are able to benefit from it. Recently, faculty published journal articles with alumni, provided insight into personal finance options, and were selected to give the keynote address at an international conference.

Following a competitive application process, Sarath Novas ’23 has been selected for the Benjamin A. Gilman International Scholarship, an award that will support her off-campus study in London during the Spring 2022 semester.