What the Mirror Said: Black Women of Print 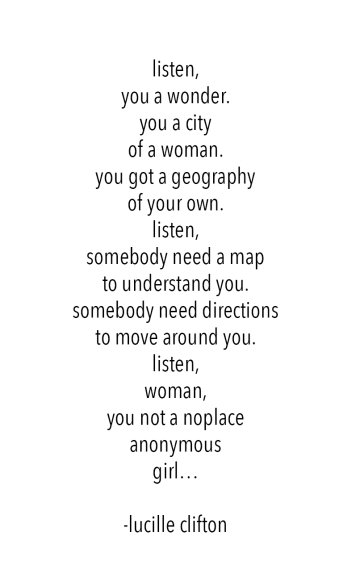 What the Mirror Said is an exhibition that borrows its namesake title from a poem published in 1980 by the legendary African American poet, Lucille Clifton. Clifton’s words are written as an affirmation to Black women and serve as a mapping to guide Black girls and women to see themselves as a reflection of grandeur, of boundlessness, where society has localized their being.

This exhibition is an invitation into the collective imaginings of several Black women printmakers who have turned the gaze inward—as a mode of self-reflexivity and autonomy. In our largest group exhibition to date, Black Women of Print utilizes printmaking as a device to recollect and visually narrate how the artists see themselves and the world around them and to imagine otherwise.1 -Tanekeya Word, exhibition curator

I wanted to create a place where intergenerational Black women printmakers could form bonds like those of Margaret Taylor Goss Burroughs and Elizabeth Catlett. From mid-career to established printmakers, it is my hope that we all can learn something from one another, support one another, and also have a home so that the world can get to know the intersectional narratives of Black womanhood and our creative processes.
-Tanekeya Word

Black Women of Print was founded in October 2018 by Tanekeya Word, a Black woman, visual artist, art educator, scholar, and fine art printmaker who resides in Milwaukee, Wisconsin. Word was interested in creating an equitable safe place for Black women printmakers who were underrepresented in the discipline of printmaking, a space that is often extolled as democratic.